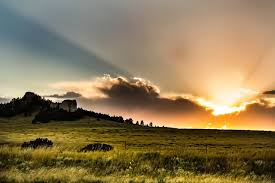 In Acts 24:25 Paul is presenting his faith to governor Felix. Here Paul presents not only theological truths but practical applications of his faith, such as righteousness and self control. As he is talking, Felix stops him because “ he had become afraid.” Felix sent Paul away telling him that “when it is convenient for him” he would send for Paul again. The message that Paul was preaching was too overwhelming for Felix to tolerate, so he chose to dismiss it until it was convenient for him.

How many times have we turned away from God’s instruction because it was contrary to what we wanted to do? Whether it be stopping a sinful behavior, forgiving a brother or sister or delaying even coming to Christ because that means we would have to give up our right to do what we want when we want in order to follow Him. I have found it true in my life that saying “someday” is another way of saying never. Someday I will stop cursing,….someday I will quit this horrible habit… Someday I will stop living like this and turn to Christ.
The truth is that we are not promised tomorrow, and the truth is that life moves so fast that if we keep saying, “I’ll do it tomorrow”, then we are running the very real risk of losing our only opportunity. In Hebrews 3:13 it instructs us that we must act now” as long as it is called today”. We must not wait until tomorrow to forgive, to tell our families about Christ or accept Christ ourselves because tomorrow may never come.

We must act now, as long as it is called today
“As Paul talked about righteousness, self-control and the judgment to come, Felix was afraid and said, “That’s enough for now! You may leave. When I find it convenient, I will send for you.” -Acts 24:25
“But encourage one another daily, as long as it is called “Today,” so that none of you may be hardened by sin’s deceitfulness.” -Hebrew 3:13
“Dear Children let us not love in words or speech but with action and truth.” -1 John 3:18

One thought on “Today is the Day”

Leave a Reply to the #1 Itinerary Cancel reply

Better conversations toward a better tomorrow.

My battle against Leukaemia

Daily Thoughts and Meditations as we journey together with our Lord.

To Give Hope and Encouragement through the Word of God

Desiring To Complete YHWH's Will

A Journey through time, leading those who are lost to Eternal Life with God.

"Every saint has a past and every sinner has a future."

Finding God in laughter despite my differences

But He said to me, "My grace is sufficient for you, for my power is made perfect in weakness." Therefore I will boast all the more gladly about my weaknesses, so that Christ's power may rest on me.